It might sound cliche, but in this case, it is not. Logan Franklin is literally and figuratively, The Alpha. He is as precise and he is eloquent, as powerful as he is polite, and while others may be committed to excellence, he’s humbly personifying it. Logan Franklin is the TEXAS OAK.

By the age of twenty years, Logan had fought alongside our Nation’s best warriors on the battlegrounds of Afghanistan. The discipline developed from the experience helps him excel on the world’s most prominent stages.

Join The Texas Oak in his quest to shock the world by following him on his Instagram page! @logan_franklin

🔥CHANGE YOUR LIFE TODAY! Transcend’s elite wellness specialists will help you get started on the path towards feeling better!

Fill out the short INTAKE FORM to begin the journey of becoming your best self! 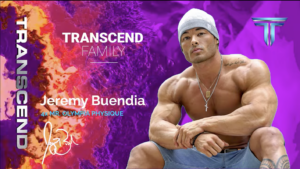 Jeremy has been competing professionally within the International Federation of Bodybuilding and Fitness (IFBB) since 2013, where he placed 2nd in the Mr. Olympia Men’s Physique class.

Jeremy Buendia was recently married and dedicates his time to his beautiful baby daughter, his wife, and his family. 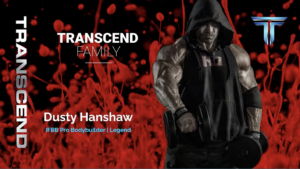 IFBB Professional Bodybuilder, Dusty Hanshaw, always knew that his chosen path might have a few roadblocks.  After all, becoming an elite athlete in what is arguably one of the planet’s most soul-wrenching professions was never going to be easy, and neither was living to tell about it. 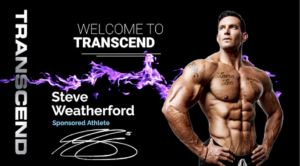 After a record-breaking 10 year NFL career, Steve made it his mission to connect, inspire, coach, and empower others to live an abundant life through health, wellness, and fitness. 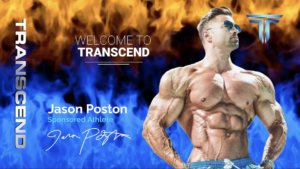 Transcend HRT is proud to announce that iconic IFBB Pro physique competitor and world-renowned coach, Jason Poston, is now part of the Transcend Family! Roughly 10 years ago Jason was diagnosed with T1 diabetes, a life-changing event which would lead him to become the world’s most followed T1 diabetic in the fitness industry.

Since then Jason has conquered the top 3 on the Mr. Olympia physique stage and become one of the most highly regarded coaches in the world, gaining a reputation for helping people achieve unbelievable results! 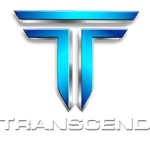 Call us: (248) 520-5407 or contact a wellness specialist via the convenient and comprehensive client portal.

A New Level of HRT

Transcend is a licensed non-diagnostic preventative health care provider. Our doctors and medical staff directly prescribe all required tests and review and confirm all test results. We may also perform physical exams, consult with primary physicians, and validate and verify submitted medical information. Patients who are found to have issues and symptoms of a legitimate medical and/or health condition are referred to a medical specialist in the specific required field for diagnosis and treatment in a specialized and monitored program. Transcend reserves the right to recommend and use internal and/or external medical specialists for any patient. All patient information will be protected under governing HIPPA rules and regulations. Transcend is not an internet pharmacy and does not dispense, ship, or distribute medications from our facility or website. Any and all medication prescribed by our doctors and/or associated medical will be dispensed from a US FDA-approved pharmacy. All patients are required to fulfill and follow all of the medical instructions and procedures prescribed by doctors and contact us immediately if they have any problems. Patients who are found to have submitted fraudulent information will be terminated from any health program offered by Transcend. Any medication prescribed is only for the use of the patient and is not to be transferred, distributed, modified, or used by any other person(s).